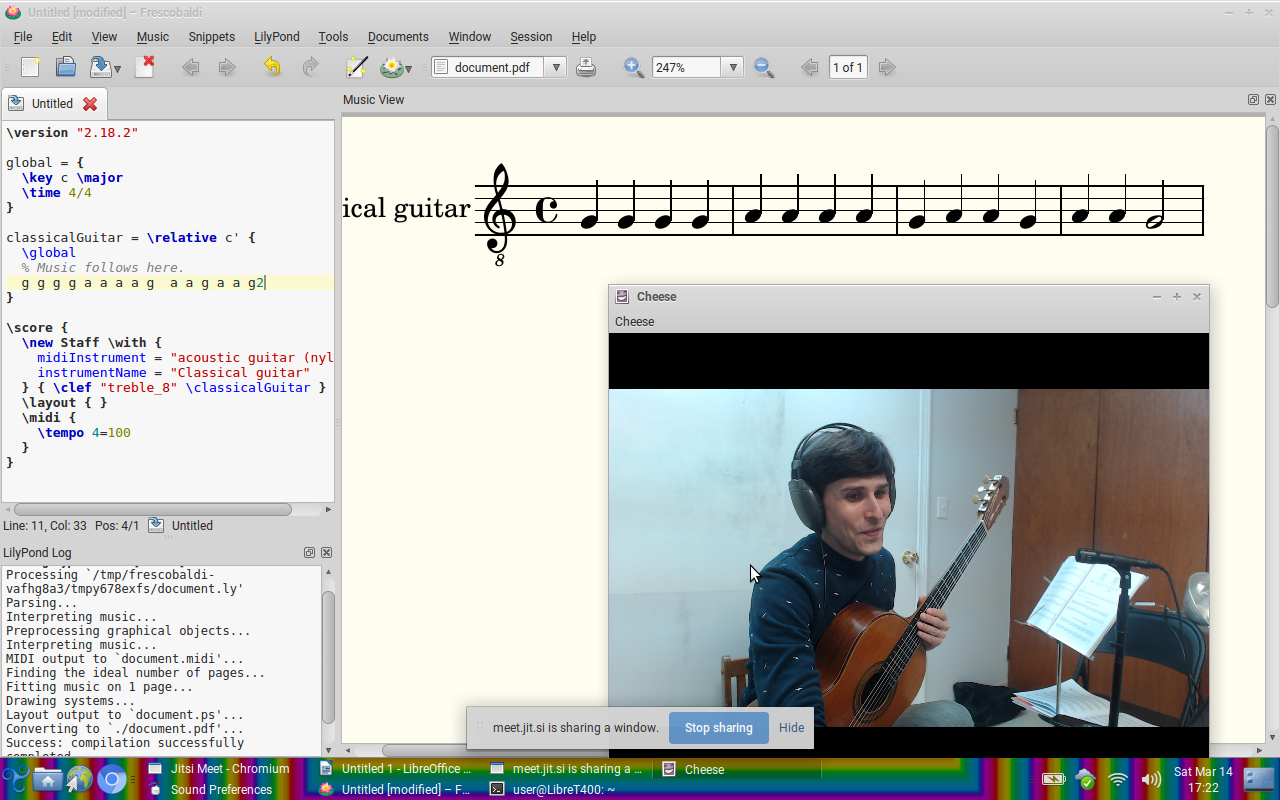 Amid the recent changes to daily living due to the COVID-19 pandemic, MAP has temporarily suspended in-person classes.

Currently, we are doing all online classes. These classes entail doing a lesson over a video conference, regular communications with families with instructional media, and regular group meetings over video conference. Please see the pictures to see what online instruction looks like from our office.

It is simple. If you want to try out our system and speak with an instructor (during hours), you can connect to a room via Jitsi at https://meet.jit.si/.

Contact us to reserve a trial lesson. This visit is absolutely free and no commitment.

You must schedule a time by contacting us beforehand in order to receive the room name and reserve a time.

(1) Connect with a Desktop Computer

…or Connect with your Android or iPhone device, and…

In the spirit of “Music+Code” (The “M” and “P” of “MAP”), we now have music engraving functionality on the website! The following transcription of an Irish folk song is generated using https://wordpress.org/plugins/abc-notation/ which is powered by some clever software that interprets ABC code and generates (i.e. engraves) standard notation. Below is the output, and underneath is the input that I type into the page. I hope that this functionality can be used by teachers and students at MAP to share musical ideas.

The above is generated from the following ABC code: